The Northbrook Lyons Falls Mill Development is adjacent to the Lyons Falls Pulp & Paper Mill site, which has been vacant since 2001. In July 2014, several regional organizations joined together to begin demolition and cleanup work at the site of the pulp and paper mill.

In March 2015, Northbrook Lyons Falls presented its project to redevelop the hydropower facility on the site of the existing power generating facility. The Redevelopment Project would entail an investment of $40 million to double the capacity of the Lyons Falls Mill Development to 11.2 MW. The new powerhouse, which would contain two 5.6-MW turbines, would be constructed on the site of the existing facility. There would be no modification to the existing dam and no changes to the pond size or elevation. The new facility would continue to be operated in a run-of-river mode where the amount of water that comes into the pond equals the amount of water that flows out of the pond and down the Black River.

In addition to the local economic benefits and maintaining the existing recreation sites at the Project, NBLF would initiate minimum flows over the falls for the safe downstream passage of fish and for aesthetic values. The amount of these flows would vary over the year but would provide environmental and recreational benefits over all 12 months. 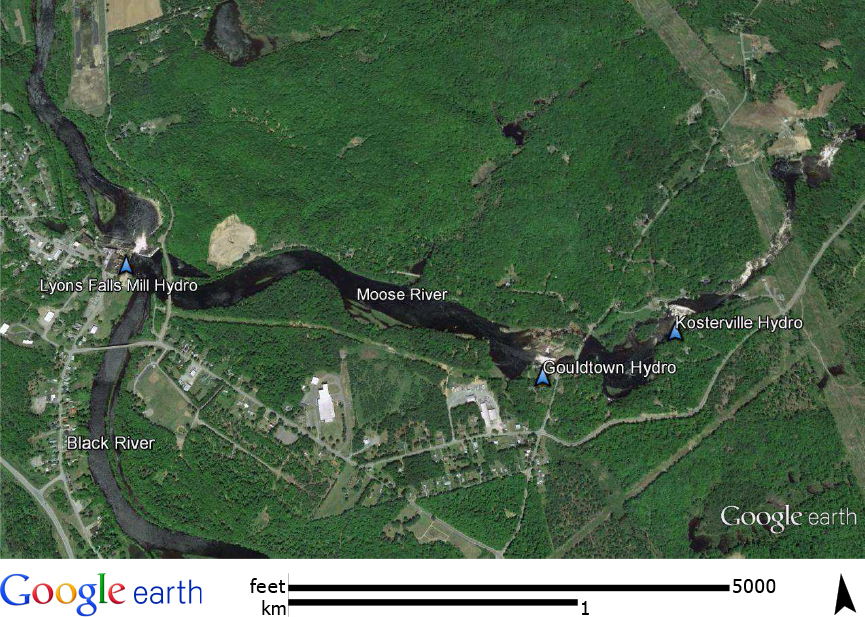